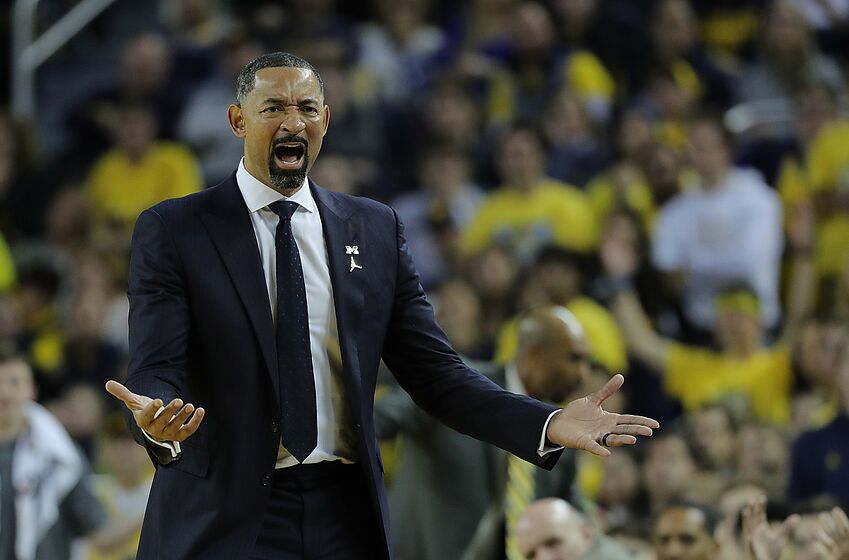 Michigan basketball had a great chance to notch its first road win of the season at Minnesota, but missed opportunities and bad defense cost the Wolverines.

There were some good things that happened for Michigan basketball against Minnesota Sunday. Unfortunately, the bad outweighed good and the Wolverines lost a game they easily could have won.

While many will be quick to blame the defense, the offense also didn’t hold up its end of the bargain. After Eli Brooks connected on a 3-pointer to put Michigan basketball in front 65-64, U-M couldn’t buy a bucket and Minnesota ended things on an 11-2 run to win 75-67.

Brooks finished the game 1-of-7 from 3-point range. As a team, the Wolverines were 10-of-28, which most of the time, will be good enough to win. Sunday, it wasn’t and wide-open misses down the stretch from David DeJulius, Simpson, Brooks and Franz Wagner were costly, as was a turnover late when U-M was still down just three.

Minnesota uses late surge to upend #GoBlue in a back-and-forth second half.

Simpson led with 19 points & 9 assists while Wagner had 17 pic.twitter.com/0UhntJaMAT

A foul and two free throws pushed the lead to five. Teske missed a bucket and the refs missed a blatant foul call that Minnesota got all day on the other end, which the Gophers followed with a 3-pointers, essentially putting the win on ice.

All in all, it wasn’t a bad loss, it just felt like a game Michigan should have won. For some reason, Howard continued to single up big guys and Daniel Oturu lit up the Wolverines to the tune of 30 points on 13-of-18 shooting.

Overall, I get the strategy of tough 2’s, but they weren’t tough enough, not when you shoot that high a percentage. Wagner was also taken advantage of and down the stretch, the Wolverines just couldn’t stop the Gophers inside.

However, Juwan Howard didn’t do himself any favors. He sat Teske too long with four fouls and didn’t play DeJulius as early and as often as he should have.

As a result, the Wolverines wasted a brilliant 19-point, nine-assist effort from Simpson, as well as 17 points from Wagner, who connected on four 3-pointers. He now has 14 triples in his last five games and is averaging 11.6 ppg over that span.

While it’s not a terrible loss, considering most teams in the Big Ten have had a hard time winning the road, it puts Michigan in a tough spot with a road game looming Friday at Iowa.

Next: Top 10 Michigan basketball moments of the past decade

That’s always been a tough place for the Wolverines to win and starting Big Ten play at 2-4 isn’t the way to contend for the league title, which is starting to feel like a more remote possibility.